Farmers, millers—all can benefit from it.

Finally, an ERP adapted to the agricultural world! No more duplication of information!
Matissoft ERP’s integrated features and software for the agricultural sector will make you more efficient.

THE KEY TO OUR SOLUTION 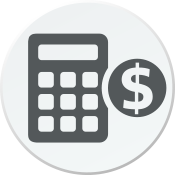 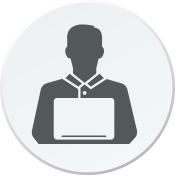 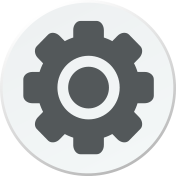 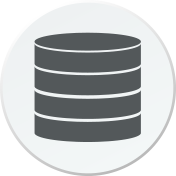 Matissoft is a modular ERP software that interacts with other software.
It is a basic computer suite on which external software will integrate to serve your industries.

Let’s integrate the best software to our ERP

The perfect situation is when all your software programs work together. At Matissoft, we look for the best software for your industry. When we find these tools, our company brings them together for you in a complete solution. What is the benefit? The different types of software specific to your fields interact together, not leaving anything out.

A company succession ensuring continuity and all employees’ positions.

Always looking to the future and continuity of his company, Jacques Martel, president of Matiss is pleased to announce he is passing the torch to a new generation of leaders. The company will be led by two young successors, namely his daughter, Virginie Martel, who was at the helm of human resources for the Matissoft division, and Bobby St-Pierre, who has been the financial director of Matiss since 2018.

A homegrown business, that remains at home

It is always a given that handing over the keys of one’s business to people who are already very familiar with Matiss and truly care about its future and prosperity is reassuring. These two young people from Québec will gradually take the reins of this proudly Canadian business and its head office will remain in Saint-Georges, Québec.

While other companies may be acquired by foreign interests, it is very comforting to see local businesses remains 100% local, as Mr. Martel explains: “Hundreds of businesses close their doors or are sold to foreign interests for lack of local successors. Today, one of my greatest wishes comes true. My company will last, and that, while remaining in Québec. All the good people who have made a success of Matiss are remaining with us. Our employees have always been at the heart of our preoccupations, and now, they are all keeping their job.”

Mr. Martel also mentions that Matiss could have been sold to a foreign company and that many offers came in, but it was absolutely non-negotiable for him, the company had to remain here and all of its employees from St-Georges and Ste-Julie needed to feel reassured.

All pieces are in place for a smooth transition as Mr. Martel will remain president for as long as is necessary to ensure a stable and harmonious transfer to his successors.
The new leaders of Matiss will also be able to count on the experience and support of Mr. Doris Boily, who remains as executive director of MatissEquipment, a division of Matiss. Bobby St-Pierre will now be general manager of the software division, Matissoft, as Virginie Martel will head human resources for the entire company.

Founded in 1995, Matiss is a privately held Canadian company with some 100 employees between its head office in Saint-Georges de Beauce, Québec, and its place of business in Sainte-Julie, Québec. Matiss’ mission is to offer industrial automation solutions to make its customers more competitive in the manufacturing of their products. The Matissoft division develops and integrates ERP-type production management and process control software for the agricultural sector, notably for millers and breeders. The MatissEquipment division offers automation, robotics and custom equipment solutions. For further details, please visit www.matiss.com/en/

START YOUR CAREER AT MATISS

A team driven by a passion for technology!

Our strength lies in the diversity and complementarity of our jobs. There are several skilled trades at Matiss. Together, we design, manufacture, and bring to life systems that will allow our customers to become increasingly competitive.